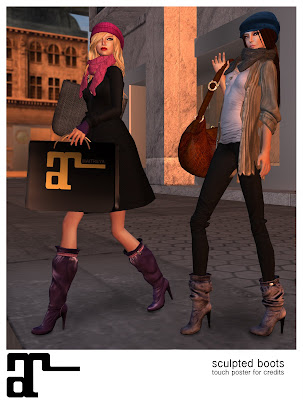 These boots look like what you would get if you would push the calf of a boot like Maitreya's Billow boots down. A lower, calf length boot, with deeper folds and slouches.

We've created these boots in 3 different styles and each style has 5 flavours. 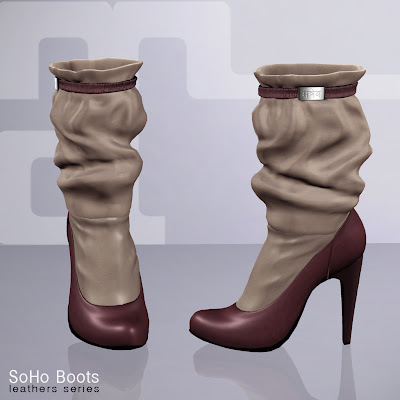 The SoHo Boots Leathers Series are done in 2 colours, combined to create some unique shades. 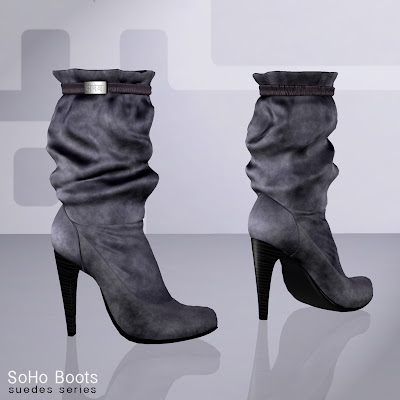 The SoHo Boots Suedes Series contain 5 different neutral tones, in a realistic colour palette. All done in a soft suede with heels made of a black wooden material. 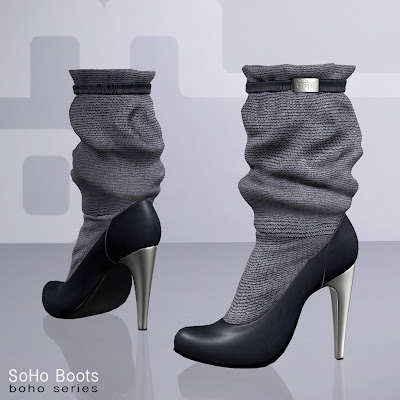 The SoHo Boots Boho Series are a combination of leather foot parts with a few different cloth materials for the calf, some of which have metal heels. The soft and flexibel character of cloth gives these boots a shabby feel. The names of the 5 different flavours in this series are all variations of the well known boho-chic look that style-icons like Kate moss, Sienna Miller and the Olson twins are known for.

The new SoHo boots are located near the entrance and on the 1st floor of the shoes department. There is a free demo containing all colours. Due to this boots easy fit, it's a one size fits all.. but there is an extra resizable pair included too.

The sculpted 'Billow' Boots are out now! You can find them at the entrance and at the 1st floor of the shoes department of our mainstore. I've also listed them on OnRez, for those who like to send them to somebody as a gift, or just prefer the quietness of online shopping (and isn't OnRez' 'redeliver' button just THE perfect feature in case of inventory loss or messed up items?!) 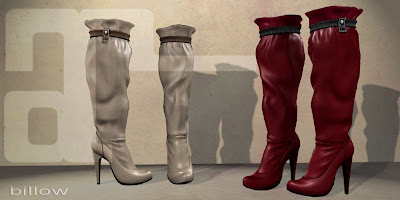 The boots come in 3 sizes and an extra resizable pair, all included.